What: A riot of color and explosion of a London Garden of Eden fashion prints on lust-worthy, super-swishy maxi dress, tiered smocks and caftans, garnished with oversize and extended Hawaiian princess style orchid bloom hair adornments and smacking hues of red, pink and purple on lips. You can’t get more tropical than this from Rio de Janeiro born fashion designer Daniella Helayel.

Paris fashion press on Tuesday got a shock from Kanye West. The fashion writers, who hailed this Fall 2012 fashion show collection as ‘much improved’ and a ‘concise statement’ probably don’t even know what astrakhan. Kanye West used furs liberally in his designs. Let me tell you about this most ghastly of ‘fabrics’. Astrakhan is the fur of an unborn lamb. Yes, a foetus. The sheep is slaughtered, and the unborn lamb is ripped from her womb, its coat still curly and unformed. (Did you also know that lambswool is most commonly taken from the backs of just slaughtered lambs? What did you think they did: used a little pink comb?)

Ghastly: Astrakhan, the ‘fabric’ used to create the vest, left, is made from the fetuses of lambs torn from their mother’s wombs. Kanye West’s gratuitous use of fur in his fashion show was likely sponsored by the U.S. fur industry, says Liz about Kanye West use of crocodile skin, and fox fur for bags, back packs and huge arm warmers all presented in the fashion show. Even his view of women fashion seems dubious and strangely out of date, given so much skin tight leather, and bondage whips presented in the fashion collection. And, while much is being made at the moment about the fact fashion models work so hard for often so little money (viz, the story that Marc Jacobs doesn’t always pay his Paris runway models, given the prestige heaped upon them for wearing his polka dot proms), I wonder why Arizona Muse, Vogue cover girl and one of the world’s best paid mannequins, feels the need to wear so much white fur to earn a another crust, which she surely doesn’t eat anyway.  Okay, so the reason the rapper used so much fur, so many fetishes, so much ‘exotic’ skin (crocodiles routinely pole-axed, take many hours to die)?

Surely she doesn’t need the money? Arizona Muse was draped in white fur at the Paris fashion show; while Jourdan Dunn, right, wore a dress trimmed at the top with crocodile – END_OF_DOCUMENT_TOKEN_TO_BE_REPLACED

Fall 2012 Blumarine’s Playful Fashion – Blumarine showcased a collection of over the top glamor with colorful fur coats, wild animal prints and techno silver fabrics. Opening the show with sexy ski bunny coats, designer Anna Molinari at Blumarine, made sure the fall fashion shows season was a playful one by featuring oversize bags that looked like poms poms more than actual accessories. As the show progressed, some sparkle was added in the form of sequin embellished tops, pants and chunky jewelry. Always unapologetic with the amount of excess and glamor, Blumarine brought a sense of carefree style to the upcoming season fashion shows.

END_OF_DOCUMENT_TOKEN_TO_BE_REPLACED 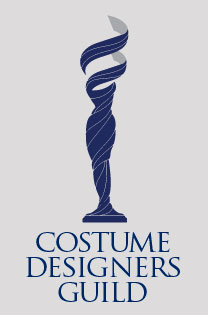 Blogging about Culture, Equity, and the Arts since 2013